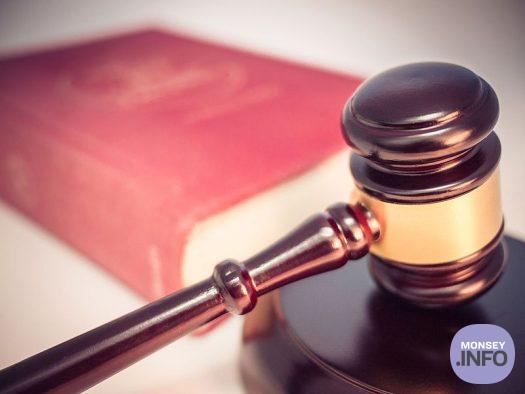 Of those defendants, ten were arrested this morning in New York and New Jersey and are scheduled to appear before U.S. Magistrate Barbara Moses in Manhattan federal court later today. An eleventh defendant, Alexander Gulkarov, was arrested in Miami, Florida, and is scheduled to appear before a U.S. Magistrate Judge in the Southern District of Florida later today.

U.S. Attorney Damian Williams said: “The thirteen defendants charged in today’s indictments are alleged to have collectively perpetrated one of the largest no-fault insurance frauds in history. In carrying out their massive scheme, among other methods, they allegedly bribed 911 operators, hospital employees, and others for confidential motor vehicle accident victim information. With this information, they then endangered victims by subjecting them to unnecessary and often painful medical procedures, in order to fraudulently overbill insurance companies. Schemes exploiting no-fault insurance laws – which ironically exist to make insurance more affordable – also result in higher costs, and unfairly burden all consumers in the auto insurance market.”

According to allegations contained in the Indictments[1] unsealed today in Manhattan federal court:

Background of the Investigation

Since 2017, the U.S. Attorney’s Office for the Southern District of New York, the FBI, and the Westchester County District Attorney’s Office have been investigating several criminal organizations involved in a widespread healthcare fraud and bribery scheme that utilized the New York and New Jersey no-fault automobile insurance regime to earn millions of dollars in illegal profits.

New York and New Jersey no-fault insurance laws require a driver’s automobile insurance company to pay automobile insurance claims automatically for certain types of motor vehicle accidents, provided that the claim is legitimate, and is below a particular monetary threshold (the “No-Fault Laws”). Pursuant to these requirements, insurance companies will often pay medical service providers directly for the treatment they provide to automobile accident victims, without the need to bill the victims themselves. This process resolves automobile claims without apportioning blame or fault for the accident, thereby avoiding protracted disputes, and the costs associated with an extended investigation of the accident.

The Gulkarov Conspirators laundered the proceeds of the fraud scheme through law firms, check-cashing entities, and shell companies, and used the money to pay for luxury cars, watches, and vacations. Then, when certain members of the conspiracy learned that they were under federal criminal investigation, they obstructed justice by fabricating documents, lying to law enforcement, and committing perjury before a federal grand jury.

The Gulkarov Indictment also includes charges against an attorney, ROBERT WISNICKI, Esq., who is the founding partner of two New York-based law firms. As alleged, WISNICKI laundered hundreds of thousands of dollars of illicit proceeds for the leaders of the Gulkarov Conspiracy and concealed these transfers by fabricating retainer agreements, lying to law enforcement, and committing perjury before a federal grand jury.

Finally, the Gulkarov Indictment includes a charge against an NYPD police officer, ALBERT ARONOV. As alleged, as part of the scheme, ARONOV logged into NYPD computers during off-hours and searched for confidential motor vehicle accident reports on the NYPD’s servers. ARONOV then took photos of the reports using a pre-paid “burner” phone and transmitted the photos to the leaders of the Gulkarov Conspiracy using an encrypted messaging application. The leaders then used the confidential information contained in these reports to contact the motor vehicle accident victims, lie to them, and steer them to the Gulkarov Clinics for medical treatment. When later questioned by federal agents, ARONOV lied about his involvement in accessing and disseminating the confidential motor vehicle accident reports.

All told, the Gulkarov Conspirators billed insurance companies for more than $30 million in fraudulent medical treatments.

The Pierre Conspirators laundered the proceeds of the fraud scheme through phony loan arrangements and shell companies.

As alleged, the leader of the Pierre Conspiracy is BRADLEY PIERRE, who is not a physician. PIERRE conducted much of the No-Fault Scheme from his physical office located in a law firm owned by a family member (“Law Firm-2”), where, among other things, he monitored the Pierre Clinics using closed circuit TV cameras, communicated with co-conspirators using Law Firm-2’s email domain, and met with doctors in Law Firm-2’s offices. PIERRE further openly communicated with Law Firm-2 about the scheme, for instance telling his family member, “I’m going to make sure you ALWAYS make your quota.” Law Firm-2 paid PIERRE over $4 million in connection with the No-Fault Scheme – typically from Law Firm-2’s Interest on Lawyers Trust Accounts (“IOLA Accounts”) – while maintaining no documentation or ledgers identifying the purpose of these payments.

Finally, the Pierre Indictment charges two individuals for conspiring with PIERRE to pay bribes in order to facilitate the scheme. ARTHUR BOGORAZ is a paralegal and manager at a New York-based personal injury law firm (“Law Firm-1”). Among other things, BOGORAZ and PIERRE agreed to jointly pay bribes for patient and client referrals to the Pierre Clinics and Law Firm-1. ANDREW PRIME is a Runner who bribed 911 operators and operated an additional call center as part of the scheme.

All told, the Pierre Conspirators billed insurance companies for more than $70 million in fraudulent medical treatments.