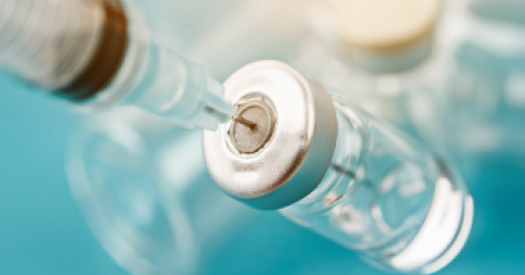 The Rockland County Department of Health (RCDOH) hosted a polio vaccination clinic at the Pomona Health Complex on Friday, in which 18 vaccines were administered to individuals of varying ages.

As the polio vaccine continues to be included on the Centers for Disease Control and Prevention’s (CDC) standard child immunization schedule, those already vaccinated are considered to be at lower risk.

Anyone who is unvaccinated, including those who are pregnant, has not completed their polio vaccine series, or are concerned they have might have been exposed, should get vaccinated. Individuals who are already vaccinated but are at risk of exposure should receive a booster, which will also be available at the clinics.

Rockland County residents can pre-register for a free appointment here:
http://rocklandgov.com/…/health/clinics-and-immunizations/ or call 845-238-1956 to schedule. Walk-ins will also be accepted.

Vaccines are also available through local healthcare providers, including Federally Qualified Health Centers. Anyone concerned about their vaccination status is encouraged to contact their healthcare provider or RCDOH to determine if they need a polio vaccine.

RCDOH was alerted by Centers for Disease Control (CDC) and New York State Department of Health (NYSDOH) officials Monday evening about a case of polio in a County resident, which remains the only case confirmed.

The patient developed symptoms of weakness and paralysis a month ago, but the County of Rockland cannot confirm anything else about the status of this individual.

NYSDOH & CDC confirm this polio case was transmitted from an individual who received the oral polio vaccine (OPV), which hasn’t been administered in the U.S. since 2000.

A vaccine-derived poliovirus (VDPV) is a strain of the weakened poliovirus that was initially included in oral polio vaccine (OPV) but overtime regained its virulence because of continued circulation in settings where population immunization rates remain low. This means it can be spread more easily to people who are unvaccinated against polio and who come in contact with stool or respiratory secretions, such as from a sneeze, of an infected person. These viruses may cause illness, including paralysis.

Since OPV is not administered in the U.S., this suggests that the virus may have originated in a location outside of the country where OPV is administered but does not necessarily mean that’s where it was transmitted. Up to 95% of people infected with polio have no symptoms but can still spread the virus and this resident did not travel outside the country during the incubation window.

The County of Rockland is surveying the community for risk assessment.

Those who are fully vaccinated with the 4-dose series are at very low risk. County Executive Ed Day and County Health Commissioner Dr. Patricia Schnabel Ruppert encourage residents who are unvaccinated, have not completed the polio vaccination series, or are at high risk for contracting polio even if they have completed the primary series to get vaccinated as soon as possible.

The inactivated polio vaccine is the only polio vaccine given in the United States and there is no risk of transmission to others from receiving this vaccine.