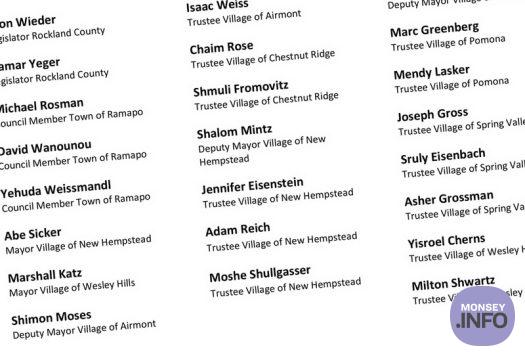 “We are a group of concerned elected officials in Rockland County,” they wrote. “We write to oppose the toll increases on the New York State Thruway, including the Tappan Zee Bridge. According to some reports, The NYS Thruway Authority is discussing raising the bridge toll by nearly 9% annually and 35% over a total of 4 years from $5.75 to $7.75.”

The officials argued that families in Rockland County are struggling with record high inflation reaching a 40-year high and skyrocketing gas prices, and any move by the NYS Thruway Authority to raise the tolls
will pinch the wallets of hardworking families even further.

“So we urge you to show compassion for our Rockland residents who are coping with increasing prices across the board and refrain from implementing any toll increases in the current economic climate,” they wrote.

The increase was aimed at bridging the gap for what was allegedly the increased cost of the Toll-by-mail system, and has received tremendous pushback by the Rockland County community who use the Thruway and Tappan Zee Bridge extensively.