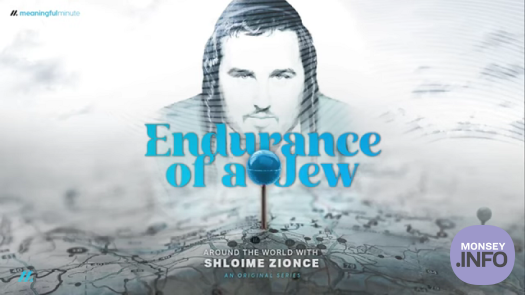 A Jewish Community in Middle of an Arab Country

The third Episode of Endurance of a Jew has now officially been released.

The new original series produced by Meaningful Minute and starring famed traveler and journalist Shloime Zionce highlights the locations far and near where the most unlikely tales of Jewish endurance take place.

The riveting original documentary series features Chabad Shluchim and their Jewish communities that have sacrificed, yet endured.

In the second episode, Zionce joins Shliach Rabbi Chaim Bruk on a journey through the Jewish people of Montana, a State as big as Germany with only 5,000 Jews.

The third episode brings you to Dubai, UAE, where Rabbi Levi Duchman presides over the Jewish community along with his brother Rabbi Mendel Duchman.