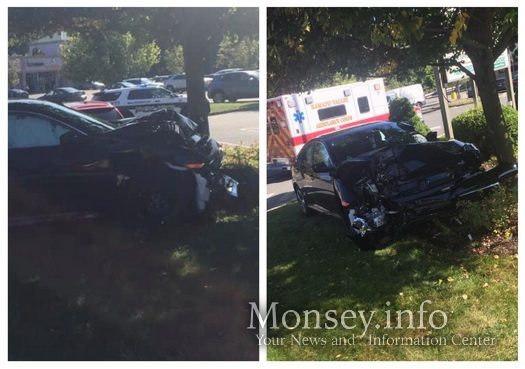 A fatal single car accident in Airmont took place Thursday afternoon in the Village of Airmont. The victim was transported from the scene to Good Samaritan Hospital, where she was pronounced dead.

One woman died Thursday afternoon after she crashed her car into a tree in the Villiage of Airmont.

Ramapo Police responded to the one car crash on Route 59 in the area of Planet Fitness.

Valley Ambulance Corp and Rockland Paramedic Services also responded to the scene, transporting the 76 year old victim to good Samaritan Hospital, where she was pronounced dead in the Emergency Room.

The victim, a resident of Airmont, was the sole occupant of the vehicle.

Update: The victim has been identified by police as Judith Andreas, aged 76, of Airmont.