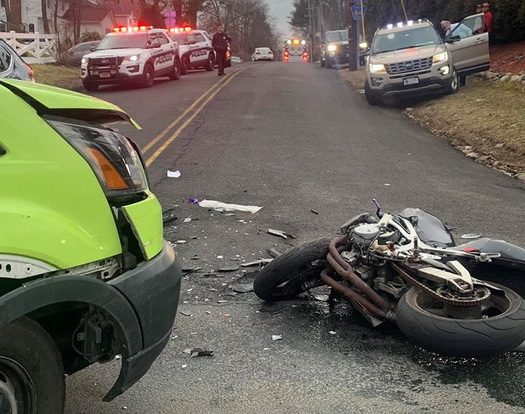 A motorcyclist was seriously injured in a three vehicle crash Tuesday afternoon in Monsey.

The crash took place around 4:30pm at the corner of West Maple Ave and Highview Rd, involving the motorcycle and two other vehicles.

The motorcyclist was seriously injured in the crash, and was transported by Haltolah to Westchester Medical Center.

The crash site, strewn with the wreckage of the mangled motorcycle, was shut down for hours by the Ramapo Police Department as the incident was being investigated.