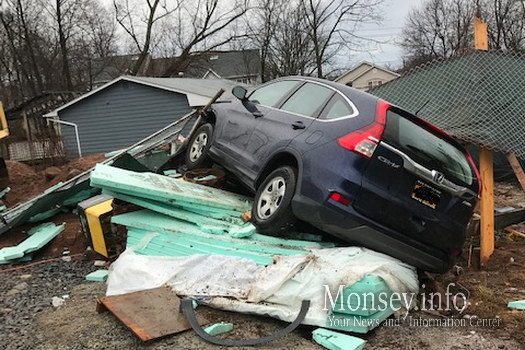 A Yeshiva School bus and a car collided in Monsey around 3:00pm Thursday afternoon, bringing down wires and sending the car off road.

The crash happened near Blauvelt Rd and Hopal Ln in Monsey.

The Ramapo police Department and Hatzoloh responded to the scene.

The wires had come down draping over the school bus from Ateres Bnos Monsey, and the car forced off the road into a construction site. Thankfully no one was injured in the accident.

Orange and Rockland Power were called to the scene to repair the downed wires.