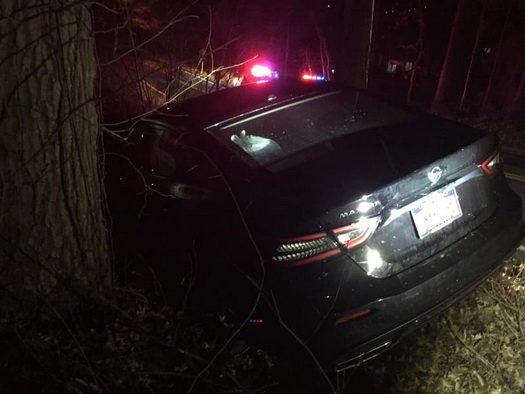 Officers from the Ramapo Police Department responded early Sunday morning to a one vehicle crash in Chestnut Ridge.

The driver, who was allegedly intoxicated according to police, exited
Scotland Hill Rd in Chestnut Ridge and crashed into a tree, doing damage to his vehicle.

The 43-year-old was arrested for Driving While Intoxicated, and was treated for minor injuries.

According to the police, he was released without bail and advised to appear in the Village of Chestnut Ridge Court on a future date.