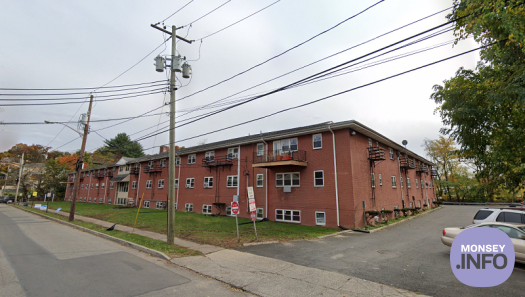 \During the course of a two-year investigation, the Office of the Attorney General (OAG) found that the building, located at 18-36 Columbus Avenue in Spring Valley, was in danger of foreclosure due to illegal misuse of co-op funds by real estate fraudster Russell Mainardi and his girlfriend, who was acting as a property manager for the co-op. Mainardi and his girlfriend grossly mismanaged the building’s finances for personal gain, putting residents at risk of losing their homes. With support from the Rockland Housing Action Coalition (RHAC), the Community Preservation Corporation (CPC), and law firm Nixon Peabody, OAG and HCR were able to preserve and stabilize the property both financially and physically.

This agreement requires Mainardi and his collaborators to pay $148,681 in restitution to the co-op and $250,000 in penalties, forces his girlfriend to resign as property manager, and permanently bans Mainardi from real estate development or financing activity in existing residential properties in New York. The agreement also requires Mainardi to vacate $696,647.00 in liens he had improperly placed against the property.

“No one should be at risk of losing their home because of someone else’s illegal and fraudulent actions,” said Attorney General James. “Mainardi and his associates scammed their way into managing this affordable building and put residents on the brink of losing their homes because of their fraud and deception. Access to safe, decent, and affordable housing should be a basic right for all New Yorkers, and thanks to our partners at HCR, all of these individuals will remain in their homes.”

Constructed in 1970, 18-36 Columbus Avenue is a limited equity co-op originally financed by the federal Department of Housing and Urban Development. In the fall of 2018, following a complaint from a resident, OAG opened an investigation into the co-op’s operations. The investigation found that when the operator of the building — Spring Valley Housing Development Fund (HDFC) — was undergoing financial problems in 2014, Mainardi convinced the former board president to hire him to assist the co-op with its finances but charged inflated rates. Mainardi misrepresented his experience and background, having never worked with a low-income co-op and hiding his felony conviction for mortgage fraud and tax evasion. He then installed his girlfriend into a position as a “no-show” property manager, double billing the co-op for the same management tasks allegedly performed by both of their entities. Mainardi also set up the board president so that he was paid a salary as the superintendent and did not have to pay any maintenance for his co-op unit, in violation of the co-op board rules.

As a result of these fraudulent acts, Spring Valley HDFC faced foreclosure when it quickly defaulted on the high-interest loans brokered by Mainardi. Fifty-four low-income co-op shareholders were threatened with the loss of their homeownership. The OAG helped to avert foreclosure of the co-op when it recruited RHAC to work with the co-op residents to elect a new board. The new board then hired RHAC as the co-op’s new property manager.

The CPC was able to provide a $3.7 million bridge loan to pay off the co-op’s existing underlying debt and associated fees. The CPC loan ensured the co-op would avoid its scheduled foreclosure auction and allow the partnership to move forward with its preservation efforts.

As a result of the refinancing, all 54 homes will remain affordable to households earning no more than 120 percent of the Area Median Income. The HCR is also providing $3 million through the state’s Small Building Participation Loan Program to finance moderate rehabilitation activities such as roof replacement, safety upgrades, and HVAC repairs. The CPC is providing an additional $2.8 million in construction financing for rehabilitation work and more than $2 million in permanent financing through its partnership with the New York City Retirement System, managed by the New York City Comptroller’s Office. The State of New York Mortgage Agency’s Mortgage Insurance Fund is providing mortgage insurance on the permanent loan.

“This is a major victory for housing justice in Spring Valley,” said U.S. Representative Mondaire Jones. “Code enforcement has been a rampant issue in New York state for a long time, and I’m glad that the Office of the Attorney General has concluded this investigation. It represents an important step towards ensuring safe housing for all New Yorkers and holding corrupt developers accountable. Thanks to the tireless work of the HCR Commissioner and the Attorney General’s office, these residents’ homes are no longer facing foreclosure due to negligence and fraud. We must continue the fight to protect safe, affordable housing in Rockland County and across all our communities.”

“Those who break the law must be brought to justice,” said Assemblymember Mike Lawler. “Anyone who is caught embezzling funds from co-op’s and HOA’s need to be held accountable for their actions. Those funds should never be misused for personal gain. It’s especially galling that someone attempted this with funds from a co-op designed to provide Rockland County residents with affordable housing.”