« “Just Be Yourself” from Avraham Fried and the Zemiros Choir
Perry Farrell, Peretz Bernstein, and The Lubavitcher Rebbe » 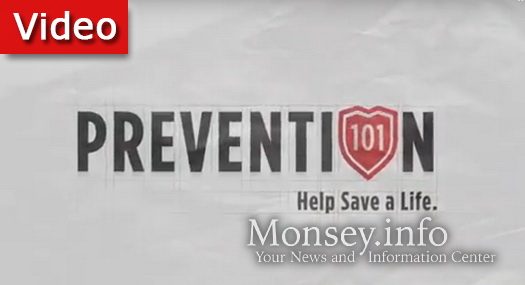 A Crown Heights mother asks whether it is ok to disagree in front of her kids?. “My husband says that arguing in front of our children sets a bad example”. Rabbi Shea Hecht responds on Prevention101.

Most parents have heard the adage to “never argue in front of the children.” But this might not always be the best advice, especially if we know how to “argue” in a constructive way. Very few of us are taught how to argue, so when moments of disagreement arise, we cling to our viewpoints and feelings and stop listening. This always leads to trouble, and it becomes a vicious cycle. Rabbi Shea Hecht believes showing children how to discuss, disagree and debate in a way that conveys our ideas to the other person respectfully, might be the greatest tool we ever give children.

If two adults are engaged in unfair and dirty arguing, then that type of arguing should be out of sight and earshot of children. Arguing that includes name calling and putting each other down only damages a child’s ability to interact effectively with others. This type of arguing sets a bad example.

Healthy arguing and lively conversation at the dinner table sets a good example. Encourage children to share their perspectives if they have a different idea or look at the world a little bit differently. This is a good argument. We are explaining our ideas and listening to theirs. It is productive and constructive.

What actions can we take to argue in a healthy way? Rabbi Hecht has two helpful tips. First, when arguing with someone, make sure to use “I” rather than “you” when discussing a negative situation. I feel disappointed. I feel hurt. It was something done to me. I feel bad about this, and it doesn’t seem to be right. By doing this, we put the responsibility for our feelings on ourselves, not on the other person. This way, the other person doesn’t feel blamed or get defensive, and they are more willing to listen to what we have to say. After all, arguing is all about getting our points across to someone else so they understand and see the situation the way we do.

The second tip is never to blame the other person or call him or her names. We should never use terms or adjectives that we know will offend the other person. Our goal is to share our ideas with them and make our feelings known, but perhaps they have a better idea that they will share with us. A good argument always starts with listening closely to what the other person is saying, and then we are able to formulate our idea and present it to them. When both parties remain open to what the other person is saying and are willing to at least listen to the other viewpoint, compromise becomes possible. At the very least, both parties will walk away feeling respected and heard.

Start with these strategies. Use “I” messages, talk about the issues, and don’t make it about what is wrong with the other person. If we do this, our next argument will result in an exchange of ideas and mutual respect. Both parties will be a little smarter for receiving the other person’s knowledge and accepting his or her ideas.

Once we have successfully implemented these techniques into our arguments, we must teach our children these strategies as well. The earlier children learn to discuss their ideas calmly and with respect while also listening to others, the better equipped they will be to handle conflict with their peers.

Article is based on an interview with Rabbi Shea Hecht for Operation Survival’s Prevention101 series.

« “Just Be Yourself” from Avraham Fried and the Zemiros Choir
Perry Farrell, Peretz Bernstein, and The Lubavitcher Rebbe »