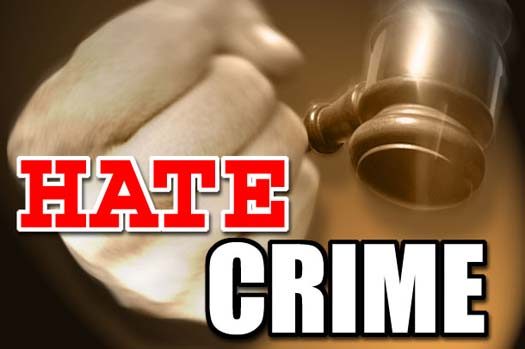 The latest two hate crimes occurred on Monday, the first day of Rosh Hashanah in Williamsburg.

In the first crime, as can be seen in the attached video footage, a group of thugs are seen smashing a window of the Rivnitz Shul on Throop Avenue and Barlett Street.

The suspects run up the street, while one of them appears to be on the lookout for anyone coming, while another two suspects are seen throwing objects at the windows of the Shul.

The NYPD Hate Crimes Task Force is investigating the incident. They are being assisted by Williamsburg Shomrim.

In the second hate attack, a Hasidic woman had her Shaitel yanked off by a person.

Watch the attached video where a women pushing a baby carriage is followed by the suspect, who then pulls off her wig and runs away. The woman is seen placing her hands over her head to cover herself, as she is humiliated in public. He is seen hiding behind a parked vehicle.

Shocking Video! #ActOfHate Group of teens pull a wig of a Jewish woman in Williamsburg on Marcy X Myrtle on #RoshHashanah while pushing her baby in a stroller if you have any info please contact @NYPD79Pct and @NYPDTips #800-577-8477 @WspuShomrim #7182370202 pic.twitter.com/uuVEM8PNft