« US Signs Agreement With Taliban to Withdraw Troops From Afghanistan
El Al May Lay Off 1,000 Employees Over Coronavirus » 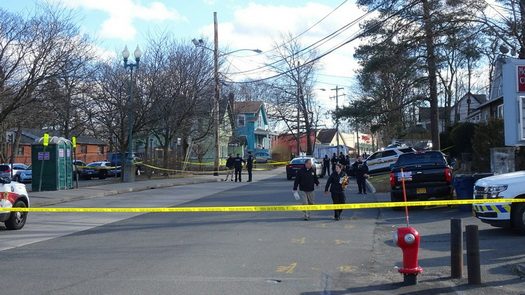 Three people have been arrested for a shooting that took place at a train station in Spring Valley Thursday.

The shooting occurred at approximately 1:57pm at the Transportation Center, located at 1 Municipal Plaza in the Village.

Officers arriving found a 30 year old male victim with a gunshot wound to his abdomen. It appears at this time that the Transportation Center building was also hit by gunfire.

Late Thirsday evening, two individuals were arrested and charged with Attempted Murder and Criminal Possession of a Weapon in connection with the shooting:

Tarique Wilson, 23 years of age, from the Village of Spring Valley was located in Spring Valley. He is currently being held in lock up pending arraignment by the Spring Valley Justice Court.

A 17 year old juvenile male from Haverstraw was located by Haverstraw and Spring Valley police officers in the Village of Haverstraw. At the time of his arrest he was in possession of loaded illegal handgun. He will be arraigned in Rockland County Youth Superior Court today.

Friday morning, a 17 year old juvenile female from the Village of Spring Valley was also arrested in connection with the shooting. She was charged with Attempted Murder and Criminal Possession of a Weapon. She will be arraigned in Rockland County Youth Superior Court today.

Police along with medical staff from the Rockland Paramedic Services and Spring Hill Ambulance had treated the victim at the scene. He was transported to Westchester Medical Center by ambulance where he underwent emergency surgery and is expected to survive.

This in an active and ongoing investigation, and the police have asked anyone with information to please contact the Spring Valley Police Department at (845) 356-7400.

« US Signs Agreement With Taliban to Withdraw Troops From Afghanistan
El Al May Lay Off 1,000 Employees Over Coronavirus »