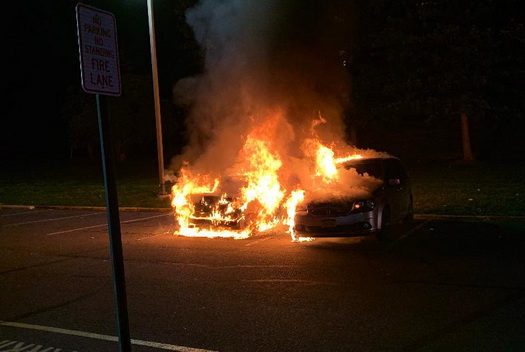 On Friday July 24th, the Ramapo Police Department advised of an arrest made in the arson of two vehicles outside the Howard Johnson’s Hotel in the Village of Airmont.

The 28 year old male was charged with arson, and was released without bail in accordance with NYS bail reform.

Yesterday July 27th, the same man was involved in a dispute in Hillcrest which led to a vehicle being damaged. The man fled the scene before the police arrived, and is now wanted for active charges of Criminal Mischief, a Felony.