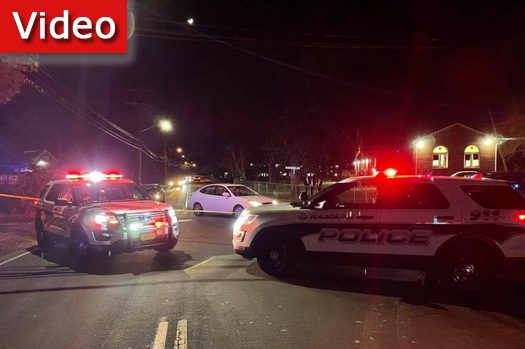 A vehicle pursuit ended Monday night after the driver of a stolen BMW crashed into a pole.

According to the police, a lime green BMW Model 325 was stolen late Monday night from 64 East Eckerson Rd in Hillcrest.

Multiple agencies were canvassing for the car and located it on N Pascack Rd southbound. Clarkstown Police Department attempted to stop the vehicle, but the driver took off into Spring Valley before driving into the Town of Ramapo. There the driver crashed into a utility pole on Old Nyack Turnpike and took off on foot. After a brief foot chase, the suspect was in custody.

The road was closed temporarily as the police investigated, but was opened to traffic some time later.