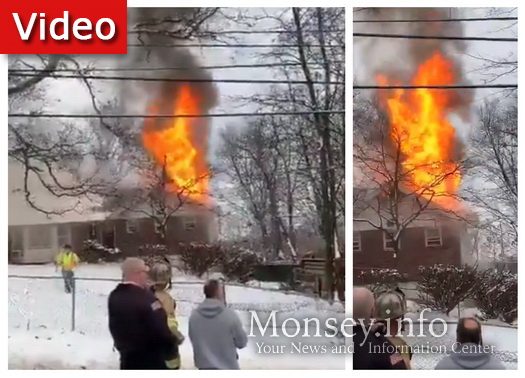 A massive fire broke out around 10:00am at 15 Old Nyack Tnpk in Monsey Wednesday morning.

The fire could be seen billowing smoke from miles away, as the flames shot tens of feet into the air.

Emergency responders rushed to the scene, completely shutting down the street.

The were no reports of injuries from the family living in the home, which is reported to be Jewish.

A firefighter was injured while fighting the fire, and is in stable condition according to reports.