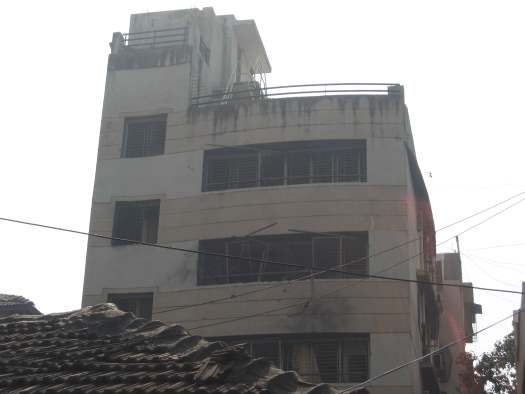 Nariman House, the house that the terrorists in the 26 November 2008 Mumbai attacks attacked killing a Jewish family and other Jews

India has beefed up security in the capital city of New Delhi, amid concerns a Pakistan-based Islamic terror group could strike at both Hindu and Jewish targets during the holiday season.

A senior Indian police official said authorities had intelligence inputs regarding possible terror strikes, The Times of India reported Thursday, adding that raids were already being conducted in the Delhi district to foil the planned attacks.

According to the police official, the raids were first launched Wednesday by the Special Cell of Delhi Police, after intelligence reports indicated three to four members of the Pakistan-based Jaish-e-Mohammad (JeM) terrorist group had infiltrated New Delhi.

India’s Millennium Post reported that police were increasing security at Hindu temples and Ramlilas – or public reenactments of the Hindu epic Ramayana. In addition, the Delhi Police’s Special Cell said that terrorists could try to strike at Israeli and Jewish targets during the Yom Kippur and Sukkot holidays.

“It is suggested that appropriate preventive and precautionary measures may be taken at the residences, Israeli/ Jewish institutions and Chabad houses in Delhi to prevent the untoward incident,” the Special Cell advised.

Along with the raids in search of JeM terrorists, New Delhi police have also increased the number of patrols in the city, and posted officers around areas where large crowds are expected to gather during the holiday season.

On Friday, the Hindu festival of Durga Puja began, continuing through next Tuesday.