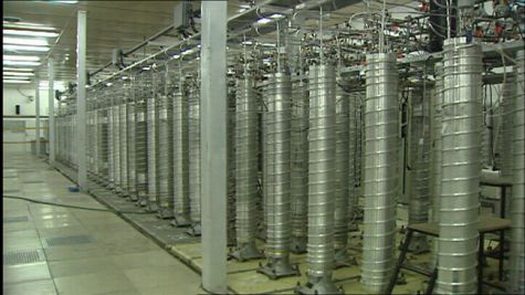 The inspector’s travel documents were seized as well, in what diplomats associated the the IAEA called “harassment.”

The inspector was released shortly after her arrest. The IAEA’s 35-nation Board of Governors will discuss the issue at a meeting tomorrow.

Tehran announced Wednesday morning that it has renewed uranium enrichment activities at its underground nuclear facility Fordow, outside of Qom.

According to a report by Iranian state television Wednesday, the Fordow facility began injecting uranium gas into centrifuges, as President Hassan Rouhani had vowed a day earlier.

Rouhani announced Tuesday morning that Iran would move forward with the injection of uranium gas into 1,044 centrifuges at the Fordow site, the latest violation of Iran’s commitments under the 2015 nuclear deal.

Later on Tuesday, Iran announced that it would enrich uranium to 5% at the Fordow nuclear facility, in a further violation of the 2015 nuclear deal it signed with world powers.