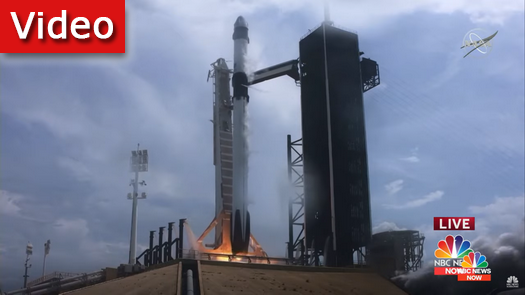 Update 15:35 EDT: Crew Dragon has separated from Falcon 9’s second stage and is on its way to the International Space Station with @Astro_Behnken and @AstroDoug! Autonomous docking at the Space Station will occur at ~10:30 a.m. EDT tomorrow, May 31

Update 15:33 EDT: Falcon 9 booster has landed on the Of Course I Still Love You droneship!