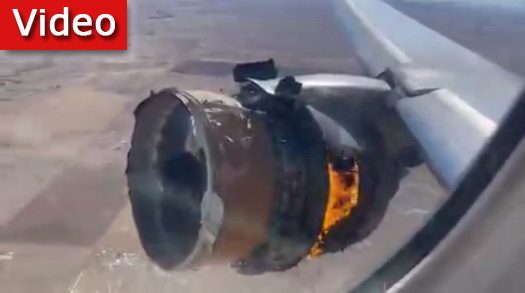 The starboard engine of a United Airlines passenger jet burst into flames over Denver on Saturday — forcing an emergency landing and causing a huge piece of engine casing to land on a suburban front yard, officials and witnesses said.

Amazingly, no injuries were reported from on board Honolulu-bound United Flight 328 or on the ground — despite dramatic images showing the rattling, burning engine and the front yard wreckage.

Flight 328 @united engine caught fire. my parents are on this flight 🙃🙃 everyone’s okay though! pic.twitter.com/cBt82nIkqb