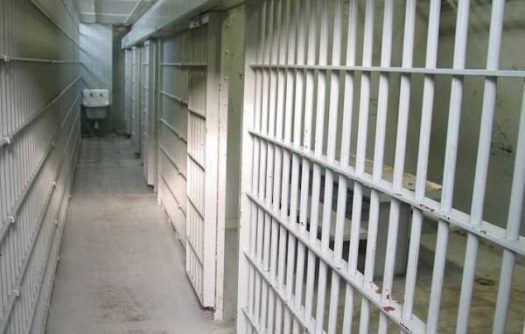 This legislation limits the amount of time an incarcerated person can spend in segregated confinement to 15 days, clearly defines and reduces the number of disciplinary infractions eligible for segregated confinement, and exempts certain vulnerable populations, including the young, elderly, pregnant women, people with disabilities, and individuals with a serious mental illness.

This legislation also establishes Residential Rehabilitation Units to provide incarcerated individuals with therapeutic and trauma-informed programming in a congregate setting. The expanded program model enacted by the HALT legislation will better address an individual’s underlying criminogenic needs and provide greater rehabilitative impacts to change behavior, leading to positive outcomes for individuals transitioning back to the general population.

“Generations of incarcerated men and women have been subjected to inhumane punishment in segregated confinement with little to no human interaction for extended periods of time and many experience emotional and physical trauma that can last for years,” Governor Cuomo said. “By signing the HALT Solitary Confinement Act into law we are reforming New York’s criminal justice system by helping ensure the effective implementation of proven, humane corrections policies. I applaud the bill sponsors and look forward to continuing our work to reform the era of mass incarceration and usher in a safer, more just Empire State.”

Studies have shown that isolation with little or no human contact for extended periods of time often leads to lasting trauma, as well as unintended consequences that are detrimental to an individual’s rehabilitation. This legislation includes several reforms, including:

This legislation builds upon the previous agreement announced by the Governor in 2019 and enacted by the Department of Corrections and Community Supervision via regulation as well as historic reductions in segregated confinement resulting from the NYCLU settlement. Additionally, the Governor advanced and secured funding in the FY 2020 Enacted Budget to make significant infrastructure changes to program space and fund counselors, teachers, and other program staff for the Residential Rehabilitation Units. These reforms resulted in:

Governor Cuomo has aggressively pushed smart and fair criminal justice policies to ensure New York State remains a national leader in progressive reform. These reforms to the criminal justice system have resulted in a drastic reduction in mass-incarceration, while simultaneously enhancing public safety. Governor Cuomo has closed 18 correctional facilities – more than any other administration in state history. These prison closures eliminated almost 10,000 beds resulting in an annual savings of about $300 million. Since Governor Cuomo took office in 2011, the prison population has declined by more than 25,800 – a 45% reduction – from 57,229 to 31,419 people, as of March 31, 2021. In fact, the current DOCCS population is at its lowest level in more than 30 years, with New York leading the nation with the lowest imprisonment rate of any large state.