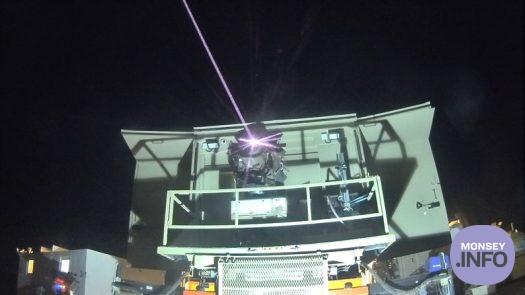 The tests involved a series of experiments of a laser ground interception system against fast-moving threats in a variety of scenarios and targets.

The successful tests represent a breakthrough in the integration of laser technology into the defense system of the State of Israel. The demonstrations, developed in collaboration between the Administration for the Development of Weapons and Technological and Rafael, demonstrated interception of shrapnel, rockets, anti-tank missiles and unmanned aerial vehicles, in a variety of complex scenarios.