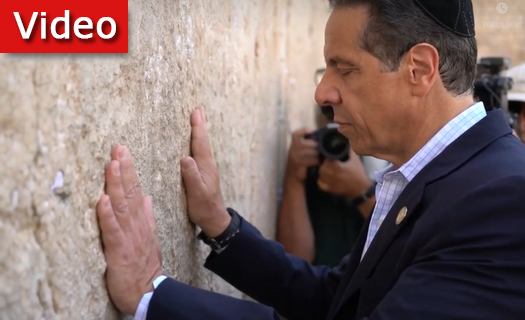 New York Governor Andrew Cuomo visited the Western Wall and the tunnels with his daughters on Friday morning.

Cuomo toured the tunnels with the Director General of the Western Wall Heritage Foundation Mordechai (Soli) Eliav, learned about its history and its importance as the center of Jewish longing and yearning for Jerusalem throughout the generations.

Rabbi Rabinowitz noted that New York is one of the most prominent Jewish centers in the world and expressed his appreciation to the governor for his friendship with the Jewish people and the state of Israel.

Cuomo signed the guest book of the Western Wall next to his signature from two years ago, when he noted, “G-d should bless Israel. I pray for peace and love. Amen.”