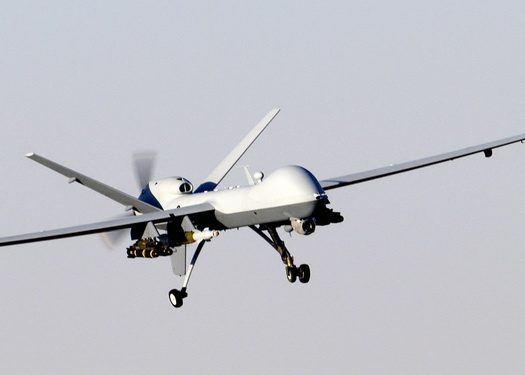 The Hezbollah terrorist organization claimed on Monday morning that it downed an Israeli UAV in the village of Ramyeh in southern Lebanon.

According to the announcement, members of the organization intercepted the UAV with appropriate weapons as it crossed the border from Israel and it is now in the hands of Hezbollah.

Hezbollah claimed in late August that an Israeli drone fell in the southern suburbs of Beirut and that a second drone exploded near the ground.

Two days later, the terrorist organization claimed that its experts found that one drone was laden with highly explosive materials, suggesting the aerial vehicles were designed to carry out attacks.

Later it was reported that the two drones were flown from Israeli gunboats off the Lebanese coast.

The IDF confirmed Monday morning that one of its drowns had been shot down in Lebanon.