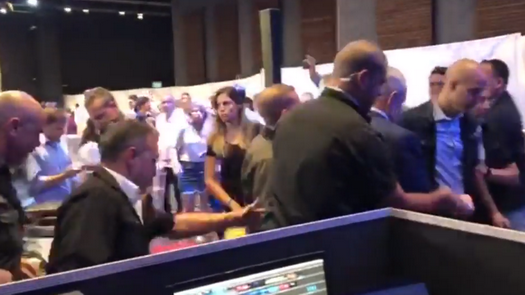 Red alert sirens blared in the cities of Ashkelon and Ashdod in southern Israel Tuesday evening.

The Ashkelon City Council reported, “Following the alarm that was heard in Ashkelon a few moments ago, Mayor Tomer Glam ordered the opening of shelters throughout the city. Teams are on the ground and working to implement the directive during these minutes. We note that the Iron Dome system has intercepted two rockets fired at the city.”

Prime Minister Netanyahu was in the middle of a speech at a political conference in Ashdod when the alarms sounded. The speech was stopped and the participants were evacuated. After the sirens the conference was resumed and the prime minister continued his speech.

Netanyahu said: “If Hamas is shooting at us in the middle of a Likud event, it probably doesn’t want us here.”