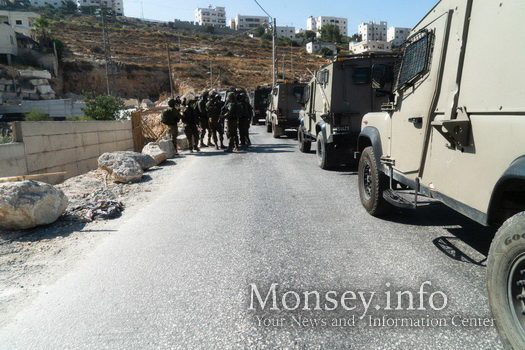 Soldiers at the scene of an attack

The incident occurred at the HaOkafim Junction linking Route 60 to Route 35, in between the Gush Etzion area and Hebron.

According to initial reports, a terrorist attempted to stab an Israeli police officer, but was neutralized before he was able to reach his intended victim.

No injuries have been reported thus far among Israeli security personnel.