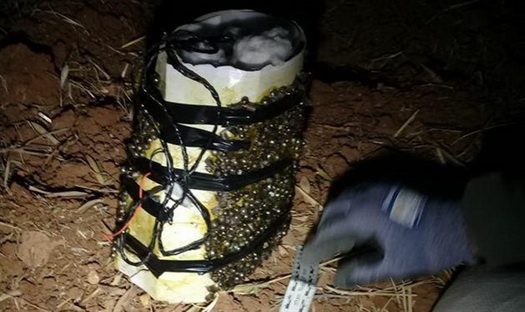 An IDF force operating on Israel’s northern border uncovered an explosive device Tuesday afternoon adjacent to the border fence near the Syrian frontier.

The bomb was found inside of Israeli territory, in the southern Golan Heights.

After the discovery, a team of IDF sappers were called in to neutralize the explosive device.

Three months ago, IDF forces foiled an attempt to place a bomb in the same area.

“The IDF holds the Syrian regime accountable for every action taken in its territory, and we will not accept any infringement on Israeli sovereignty,” the IDF said in a statement.