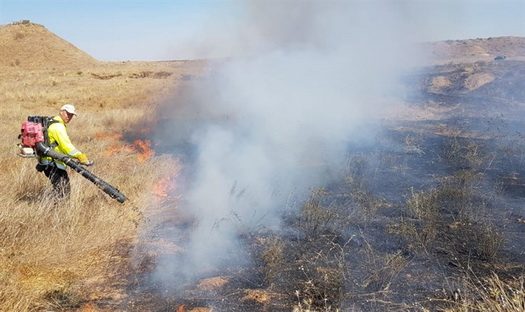 Terrorists from the Gaza Strip launched arson balloons at Israel over the course of the day Tuesday, causing at least eleven fires in the Gaza envelope.

Israel is on high alert ahead of the annual Jerusalem Flag March. The Hamas terrorist organization has warned Israel not to allow the march to proceed.

Additional Iron Dome batteries have been deployed in case Hamas decides to fire rockets in response to the march. Police forces are also preparing for potential riots in Jerusalem.