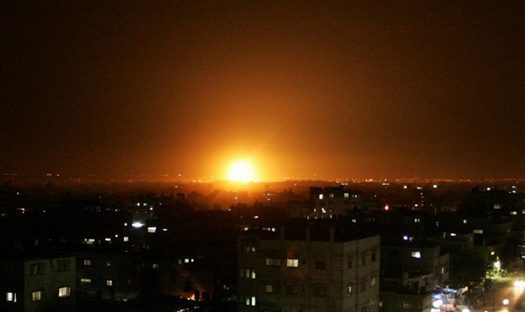 Israel’s military said it launched airstrikes at the Gaza Strip on Tuesday night, in response to incendiary balloons fired by militants in the Palestinian territory.

The exchange marked the first major flare-up between Israel and Gaza since a May 21 ceasefire ended 11 days of devastating hostilities between the two.