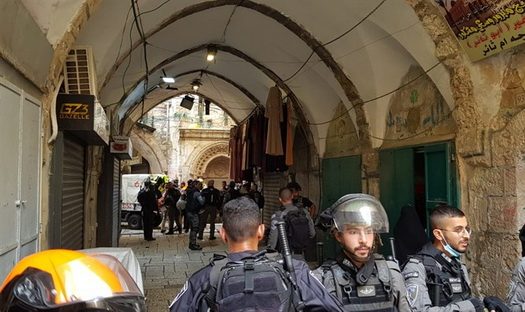 A 19-year -old Border Police officer was lightly wounded in the foot during an attempted stabbing in the Old City of Jerusalem. The attacker was neutralized.

A statement from the Jerusalem precinct said that “A short while ago, a suspect arrived at the Majless Gate and attempted to stab a police officer. Other officers nearby shot at him and neutralized him before arresting the attacker, during which one officer was lightly injured by a ricochet.”