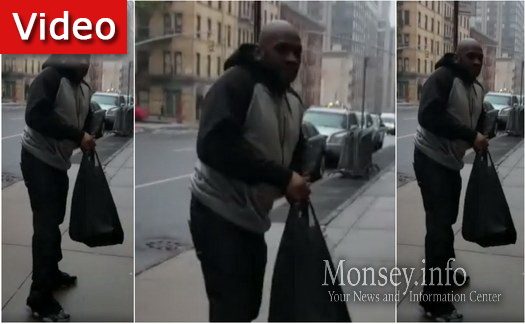 Rabbi Uriel Vigler of Chabad Israel Center on the Upper East Side of Manhattan was threatened and verbally assaulted Tuesday morning as he was heading to shul for morning prayers. The Rabbi filed a police report over the incident.

Rabbi Uriel Vigler of Chabad Israel Center on the Upper East Side of Manhattan, found himself at the receiving end of an anti Semitic tirade Tuesday morning.

It started as Rabbi Vigler was heading off to morning prayers, clearly a Jew and proud of it, when he was confronted by an African American man who began to threaten and verbally assault him. The anti Semitic tirade did not faze the Rabbi, who began filming the man.

The perpetrator walked away without becoming physical,but the Rabbi did not let the incident go unreported. A police report was filed with the NYPD.