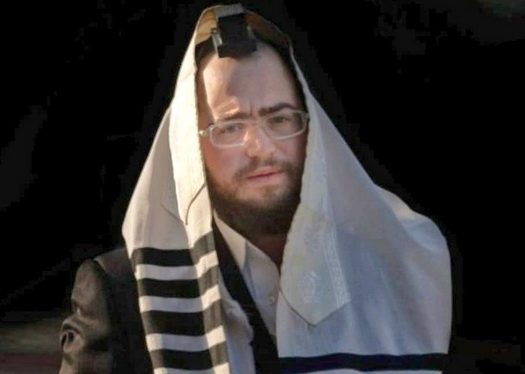 The bris milah of the son of R’ Pinchas Menachem Pashwazman, HY”D, who was killed by a Hamas rocket attack in May, took place on Tuesday morning.

The bris took place in the beis medrash of the Gerrer Rebbe in Jerusalem, and in a change from the usual, the bris was held in the private room of the Rebbe instead of the beis medrash to allow the Almanah to observe the bris from nearby, according to a Kikar Shabbos report.

The Rebbe served as the sandek. R’ Chaim Pashwazman, grandfather of the baby and bereaved father of R’ Pinchas Menachem, called out the name of the baby in a choked voice. The son of the Gerrer Rebbe, R’ Shlomo Tzvi, who is responsible for the care of all Gerrer orphans, was honored with the “kisa shel Eliyahu.”

This is the second son born to R’ Pinchas Menachem Pashwazman, hy”d. His older son Yehuda is a year and a half old.

R’ Pashwazman was R”L killed four months ago when caught outside as a rocket fired from the Gaza Strip hit Ashdod. When the siren went off, he ran to a building to take cover but was hit by shrapnel right outside the entrance to the building. He was evacuated to Assuta hospital where he died from his wounds.