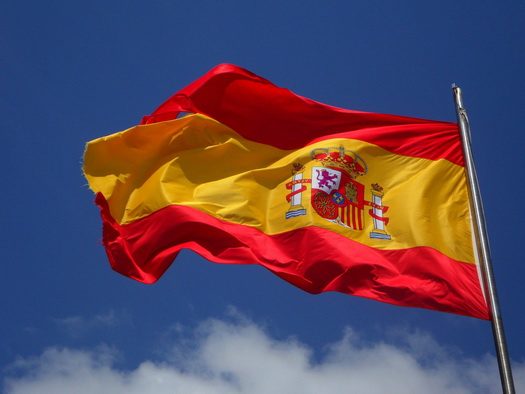 Over 500 years after their descendants were expelled from Spain in 1492, more than 132,000 Jews have applied for Spanish nationality under a limited-term offer, officials said Tuesday after the deadline expired.

Passed by the Spanish parliament in October 2015, the law sought to try and address a “historic mistake” by King Ferdinand and Queen Isabella who in 1492 ordered Spain’s Jewish community to either convert to Catholicism or be burned at the stake.

The only other option was exile.

Though estimates vary, historians believe there were at least 200,000 Jews living in Spain at the time, who today are known as Sephardim — the Hebrew term for Jews of Spanish origin.

Under the legislation, those able to prove their Jewish heritage and their “special connection” to Spain, were able to apply for citizenship, with the justice ministry saying it received 132,226 applications.

More than half of them were filed in the past month when the ministry received some 72,000 applications.

The vast majority came from Latin American countries, with around 20,000 from Mexico, followed by another 15,000 from Venezuela and 14,000 from Colombia, the ministry said, without giving exact figures.

More than 4,000 applications came from Argentine Jews and around 3,000 from those living in Israel.

So far, only 6,000 people have been granted citizenship, given the long and complex process involved.

To apply, an applicant had to prove their Sephardic origin through either genealogical documents or through rabbis where they live, then take the paperwork to Spain and have it approved by a local notary.

Although those applying did not have to be practicing Jews, they needed to be able to prove a “special connection” to Spain.

They were also required to pass a Spanish language test as well as answering questions on Spain’s culture and society.

The law, which allows applicants to hold dual citizenship, was to have expired in October 2017 but was extended by a year.

Many of those who were exiled in 1492 fled to the Ottoman Empire, the Balkans, North Africa and Latin America.

Today, the number of Sephardic Jews is believed to be 3.5 million, with the community scattered across the world.