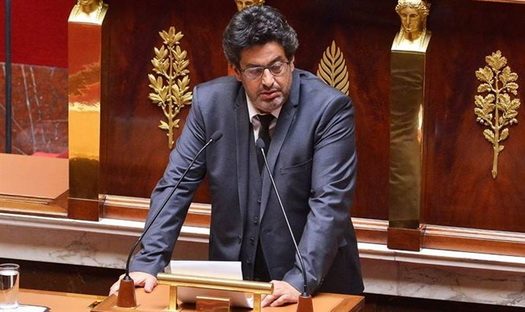 The National Assembly of France on Tuesday evening approved a historic resolution stating that anti-Zionism is like a new and modern form of anti-Semitic hatred of the Jewish people.

The approval came after a number of rejections and a heated public debate surrounding the proposal.

French MP Meyer Habib presented the position of his party, the Union of Democrats and Independents, during the arguments for and against the law.

In a poignant speech, Habib reiterated the connection between the Jewish people and the Land of Israel over the years and explained why the approval of the proposal is important, not just to the person who is Jewish.

“French policy in the fight against anti-Semitism is a failure. There are outbreaks of anti-Semitic attacks. Twelve French people have been murdered for being Jews since 2003. Half of France’s racist acts have been committed against Jews, even though they account for less than one percent of the population. Faced with this urgent [problem], there have been a lot of speeches, but few acts,” Habib stated.

In his address, he addressed the fact that despite President Macron’s statement in support of the law last February, no concrete steps were taken to promote it. “There is compassion, yes, but mainly lack of political courage. Evidence of this, the delay and inconvenience surrounding this law, which had to be passed unanimously, as in Germany or the United Kingdom.”

“Despite the President’s pledge, the text of the law was rewritten and repeated today in a softened version. Why? Because of a definition comparing the denial of Israel’s right to exist to anti-Semitism. My dear colleagues, I will try to prove it, hatred of Israel is the new anti-Semitism. And it’s just another version of the hatred of France, the Republic and its values. In the eyes of the anti-Zionists, the State of Israel was founded out of ‘compensation’ after the Holocaust. It is outrageous and false. However, , my belief is that if the State of Israel existed then, there would have been no Holocaust. Israel is the only life insurance certificate of the Jewish people,” he added.