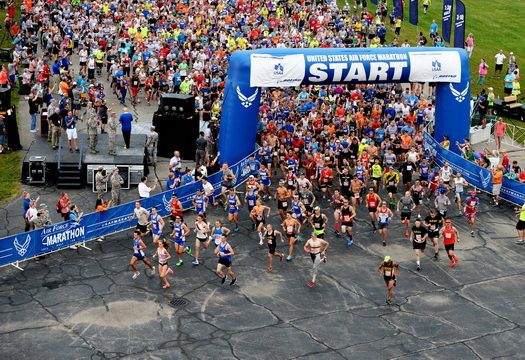 An Orthodox mother of five won the half-marathon at the 18th annual Life Time Miami Marathon and Half Marathon event.

Beatie Deutsch, 30, finished in a time of 1:16:4 to win in the women’s category on Sunday, the Miami Herald reported.

It was Deutsch’s first race in the United States. She is working to qualify to represent Israel in the marathon at the Tokyo Olympics this summer. That race currently is scheduled for a Saturday, however, and the Sabbath-observing Deutsch would be unable to compete even if she can reach the Olympic qualifying time.

Deutsch, who moved to Israel from New Jersey in 2009, is known for running in a skirt, sleeves that fall below her elbow and a headscarf.

In May, Deutsch was the top female finisher in a 13-mile half-marathon race in Riga, Latvia, reportedly becoming the first haredi woman to win an international athletic competition.

This year, for the first time, the Miami Marathon offered kosher-certified meals for athletes at the finish line, the Miami Herald reported.