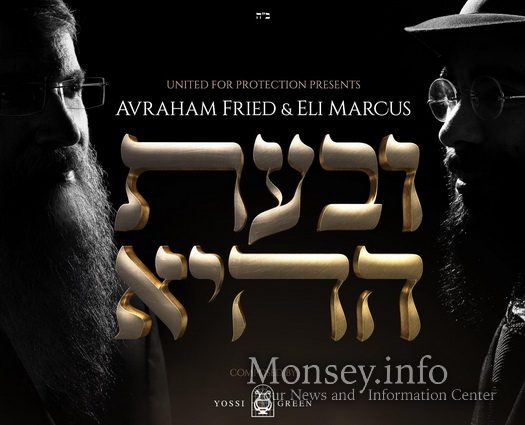 A brand-new musical collaboration between Avraham Fried, Eli Marcus, and Yossi Green has just been released to the public. The song, Ub’ais Hahi, commemorates the moving display of Jewish unity around the Miracle Sefer Torah in the darkest days of the virus just over two months ago.

The lyrics are a moving verse from Sefer Daniel: “…It will be a time of trouble, the likes of which have never been since the nation came into being. At that time, your people will be rescued, all who are found inscribed in the book.”

The “book”, the Rebbe said, is the Sefer Torah.

Shloimy Greenwald, of United for Protection, said, “After the truly monumental achdus this Sefer Torah brought about, we thought it would be fitting to enshrine that moment in a song, in celebration.”

Though the song commemorates a past triumph, the opportunity to join the outpouring of unity still remains. A second Sefer Torah dedicated to the heroic Hatzalah volunteers has available letters. Go to Unitedforprotection.com to join the Torah today.