« Regeneron’s COVID-19 Treatment Gets Emergency Approval from FDA
“Take the Time” With The A Team ft. Eli Marcus and Motti Feldman » 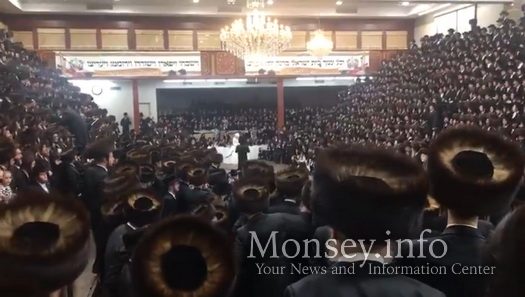 “If that happened, it was a blatant disregard of the law, it’s illegal, and was also disrespectful to the people on New York”, Cuomo said in his daily COVID briefing. “My information is that NYC is investigating the incident, they should investigate, and if 7,000 people were at a wedding, I’m sure they will be able to figure it out, and we will bring the full consequence of legal action to bear.”

The wedding had been planned in secret, with only word of mouth invitations, according to the New York Post. The post published their story today and accompanied to with an alleged video of the packed wedding.

The story originally broke in the local newspaper Der Blatt, who wrote of the wedding following its occurrence.

A similar wedding planned in  Williamsburg had been forced to cancel its plans after a backlash from the Cuomo.

« Regeneron’s COVID-19 Treatment Gets Emergency Approval from FDA
“Take the Time” With The A Team ft. Eli Marcus and Motti Feldman »