« Op-Ed: What To Be Thankful For
Game Die From Second Temple Period Uncovered in Beit El » 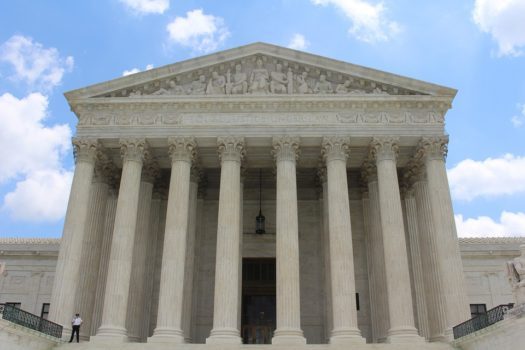 A temporary injunction has been placed by the Supreme Court blocking limits on houses of worship by New York State Governor Andrew Cuomo, marking a success in a months long battle.

The nine Justices came to a 5-4 decision backing the Catholic Diocese and Agudath Yisroel of America, marking an early impact of Justice Amy Coney Barrett on the Court.

In his dissenting opinion, Justice Roberts noted there is “no need” to grant relief to the religious organizations since the limits put in place had already been removed. He did says if the limits were to return, they may well violate the Free Exercise Clause of the constitution.

The fight is far from over, but this marks the first success by houses of worship in a months long legal battle against the New York States governors restrictions.

« Op-Ed: What To Be Thankful For
Game Die From Second Temple Period Uncovered in Beit El »