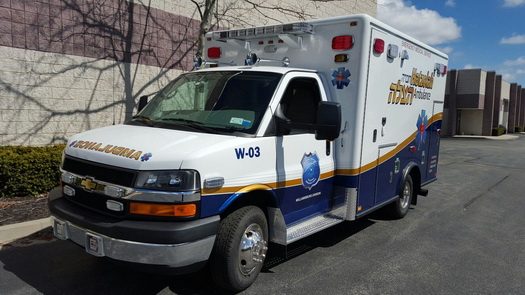 A tragedy in Williamsburg Wednesday morning when a 7-year-old boy was struck and killed on Hooper St and South 5th St at approximately 8:00am.

Hatzalah rushed to the scene but was unable to save him due to the extent of his injuries.

The details surrounding the incident remain unknown, including which vehicle he was struck by.

The boy was identified as Shimon Zev Fried A”H.

Update: Reports indicate that the seven-year-old boy had been running to catch a school bus, but the driver had not noticed and closed the bus’s doors. As the driver pulled away, the boy was caught beneath the busses tire.