« An Essay by Rochel Kaplan, Chabad of Maryland
2nd Hatzalah-Thon Live: The Event » 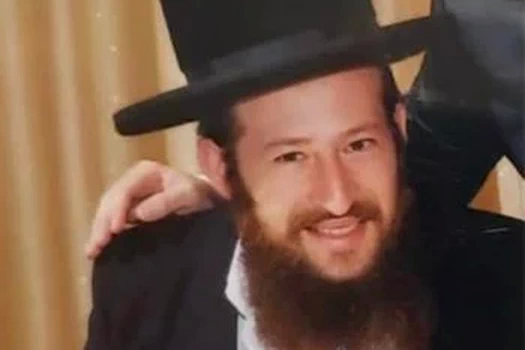 Shraga Eliyahu (Shragee) Gestetner of Monsey, N.Y., was among the 45 pilgrims who lost their lives on April 30 in the midst of celebrating Lag BaOmer at the gravesite of Rabbi Shimon ben Yochai on Mount Meron, Israel. He was 34 years old and survived by his wife, Tzipi, and five children, the oldest of whom celebrated his bar mitzvah in the fall of 2020.

Friends, relatives and acquaintances remembered Gestetner, a member of the Skver Chassidic group, as a loving father and husband, and a sweet and gentle soul. Gestetner was born and raised in Montreal and studied at the central Skver yeshivah in New Square, N.Y. After his marriage in 2006, he settled in Monsey. A talented singer and composer, Gestetner released two albums of Chassidic music that showcased his heartfelt voice and musical virtuosity.

“We spent nights together singing and composing music,” recalls his yeshivah classmate and friend Yehuda Curland of Montreal. “I’m a musician, and he’d constantly come to me with new compositions we would work on.”

After working as a professional singer for a number of years, in 2014, Gestetner started Vant Panels, a line of elegant headboard panels that can be affixed to a bedroom wall. The panels were Gestetner’s own innovation, and he worked hard to build his vision into a successful business. Far from letting his business’s success get to his head, his dedication to the life and spirit of Judaism intensified.

“Every Friday afternoon at 12, he would stop working and discussing work, and focus on Shabbos,” says Curland. “If you met him on a Shabbos in shul and asked him how business was, he’d always say, ‘That we can discuss after Shabbos.’ ”

His study partners recall that he would dedicate two hours every day to Torah study, which he tried to do each morning. Yet even if a work crisis came in the way of his morning study, he would not go to sleep at night before completing two hours.

“He would fly to China for business, and his whole schedule had to revolve around his Yiddishkeit [Judaism],” says Curland. “He was a real role model. He was a smart person who came up with new ideas, he worked hard to build a company, and it was quickly expanding. But it was clear that the most important thing for him was his Chassidic devotion to the service of G‑d.”

This article has been reprinted with permission from chabad.org

« An Essay by Rochel Kaplan, Chabad of Maryland
2nd Hatzalah-Thon Live: The Event »