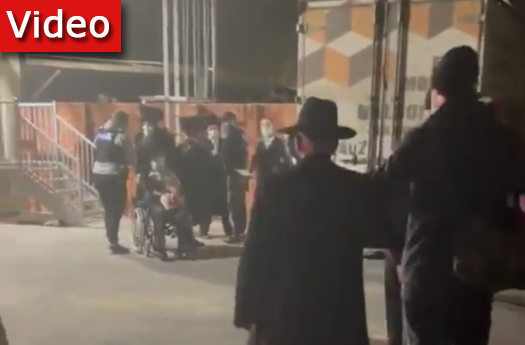 Australian police on Tuesday issued fines to worshipers at a synagogue in Melbourne where a group of Orthodox Jews held Rosh Hashanah services in apparent violation of pandemic lockdown ordinances.

According to local reports, some 100 worshipers gathered inside the synagogue at around 5 a.m. and refused to leave until nightfall.

Police surrounded the synagogue after receiving calls of a suspected mass gathering held in breach of COVID-19 restrictions. A police source told The Age newspaper that officers were not going to force their way into the synagogue and waited for worshipers to come out.

Read More at the Times of Israel

Some of the Ripponlea worshippers finally emerged after 8pm – media forced around the other side of the building after things got hairy @theage pic.twitter.com/Ez9l5laGXo