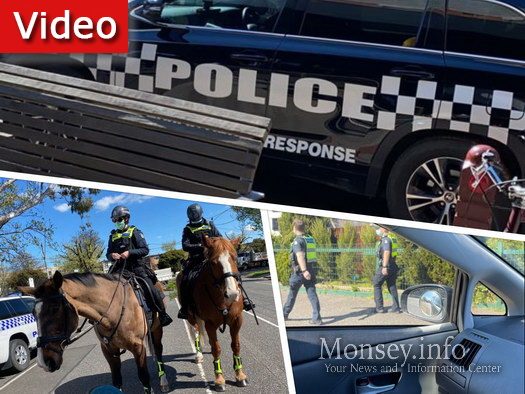 It’s the old Jewish reality, we Jews are our own greatest enemy.

The State of Victoria, Australia is presently still in its 6th COVID lockdown, restricting all people from congregating together for anything deemed “non-essential”, such as prayers or religious observance.

With the holiest day of the Jewish year approaching, Rabbis, Askanim, and Doctors have petitioned the state for a religious exemption, or even a leniency, allowing Jews to congregate in quorums of ten men, even while socially distancing.

“After spending the second Rosh Hashona in a row in lockdown, Davening at home, with only a small allowance to blow Shofar in the streets, the frum community were deeply hurt,” a memo from the community said. “For thousands of Yidden to be unable to Daven with a Minyan on the upcoming Yom Hakadosh was inconceivable.”

A submission was signed by the Rabbonim of the Torah Kehillos and frum doctors. The Askonim garnered support from Rabbinical bodies overseas including the Agudas Harabonnim of America and the Chief Rabbis of Israel and Russia, who rallied to help their fellow Yidden in Melbourne with strongly worded letters to the Government on their behalf.

Their request is simple. Davening with a Minyan, especially on Yom Kippur, is a vital need. Aside from the religious need, it is a very real emotional and psychological need as well. The Government was requested to partner in formulating a mutually-acceptable framework for Minyanim on Yom Kippur to enable this need to be fulfilled, as they have done with other essential services, where solutions have been found.

They were denied, the backlash appeared to be nearly instantaneous.

Dozens of police officers in cars and on horses converged on the Jewish areas, patrolling the streets and stationing outside the shuls.

Yet according to reports, the truth appears to be that the reason for the heightened police presents is from multiple complaints made by local Jewish residents against their neighbors, informing the police of planned minyanim or potential meeting spots.

The police presence has stoked fears among Melbournes Jewish residents who feel persecuted for their religion, many children or grandchildren of Holocaust survivors.