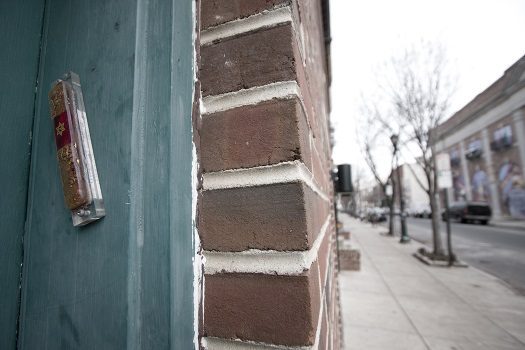 It’s not just cars that are in short supply.

One of the hard hit industries seriously handicapped during the COVID-19 pandemic is – perhaps not so surprisingly – the Safrus industry.

Never a big money making job, writers of STA”M – which stands for Sefer Torah, Tefillin, and Mezuzos – in the US have long spent most their time working on the most profitable of the three, primarily Tefillin and high end Mezuzos. For Sifrei Torah and the cheaper Mezuzos, they preferred to purchase their merchandise from STA”M writers in Israel, where labor is cheaper, the dollar is stronger, and sofrim are more numerous.

Over the past years, the difficulties of being a Sofer was becoming increasingly obvious, as fewer and fewer people chose to make a long term commitment to the industry in both the US and Israel, and profits narrowed considerably.

The already strained industry found itself even further challenged by the COVID-19 pandemic, which has incidentally caused a spiraling crisis effecting the entire Jewish world.

The dependency on Israeli STA”M became a glaring issue at the height of the COVID-19 pandemic as the demand for Sifrei Torah exploded and economies across the world completely shut down. Faced with a weakening dollar and better paying jobs, many Israeli Sofrim simply stopped writing, while others began working exclusively on Sifrei Torah for the thousands of Kedoshim of the pandemic.

“It’s crazy,” Rabbi Moshe Klein of Hasofer told CrownHeights.info, “Each Sefer Torah takes around ten months. That means [during that time] the sofer is not writing anything else.”

The demand for Sifrei Torah took a massive leap with the tragic events in Meron, where forty five people lost their lives in a horrific incident on Lag B’Omer. In their memory, forty five Sifrei Torah were begun, taking an enormous percentage of the available sofrim from writing other items.

Faced with a near complete halt of the supply of cheaper mezuzos and tefillin, many US sofrim stopped selling them entirely, steering their customers instead to higher quality and higher cost mezuzos.

While the change to better quality STA”M is better in theory, it has created a supply and demand imbalance that has left sofrim without stock of the basic and even the better quality mezuzos and tefillin. These holy items, which need to be uniquely hand written and cannot be mass produced, are now backlogged for months, and in some cases even years.

The lack of basic items became such a pressing issue in the Satmar and Belz communities that the rabbonim ordered all their sofrim to stop their work on Sifrei Torah and instead work full time on tefillin and mezuzos. The order was upheld until the shortage was corrected, if only temporarily.

With the higher demand and an ever shrinking supply, the price of STA”M ballooned between 15% and 30%. Where a pair of good tefillin previously cost $1,800, a pair today can easily cost $2,200 and up.

The ensuing shortage of Mezuzos and tefillin has caused significant difficulty, especially among Chabad Shluchim.

Where a mivtzoim mezuzah used to cost a workable $35 and orders of twenty could be processed without an issue, there are now simply none to be had. Weeks to months in backlog, many Shluchim await large orders of mezuzos, and are forking over $50 plus for those few that are available.

Tefillin too are becoming a major concern, with orders months in backlog and a worsening situation.

Of concern is that the shortage will not just be temporary, as sofrim leave the industry in droves and those remaining face the question if they would even return to writing the low cost, and low return, STA”M items at all.

Realistically for now, we can expect the prices of STA”M to continue to rise and the shortage to drag on.