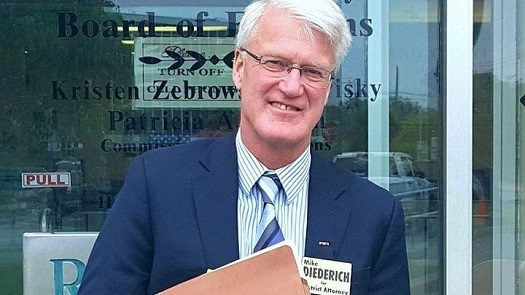 In Stony Point and North Rockland, many people are wondering whether our communities here are being targeted for a “takeover” by one or more sects of the ultraorthodox Hasidic community. I would like to ask my orthodox and ultraorthodox Jewish friends and neighbors, “Is this so?” And if so, “Is this ethical, legal and constitutional?”

We are all Americans. We all live in the same New York City metropolitan area—New York City and its suburbs. We should all strive to get along.

However, many suburban residents are fearful that their town or village may be taken over politically by your community. There is an article published widely online entitled “How to Build an American Shtetl” which describes clearly the steps for creating a “Hasidic enclave” in our region. As the article explains:

“This is how you launch a Hasidic shtetl in 21st-century America.

Step 1. Find a place within reasonable distance of Brooklyn where the land is cheap and underdeveloped.

Step 2. Buy as much property as you can in your target area – if possible, without tipping off locals that you plan to turn it into a Hasidic enclave.

Step 3. Ensure the zoning is suited to Hasidic living: densely clustered homes big enough for large families and within walking distance of the community’s vital infrastructure.

Step 4. Build the infrastructure: Houses, a synagogue and beit midrash study hall, kosher establishments, a mikvah ritual bath. Lay the groundwork for a school. Launch a shuttle service so Hasidim who don’t drive or don’t own cars can get from the new shtetl to shopping outlets and other Hasidic communities in the region.

Step 5. Market to the Hasidic community and turn on the lights.”

Is there a problem with this? You are a group that values your religious beliefs, and certainly appreciates living in a nation that protects your right to religious belief. But what if other religious groups copied the above approach and copied your template for creating a “religious village”?

Would the United States eventually become a nation of segregated religious enclaves competing against one another for resources? Would we begin to see “nations within a nation”? Do you think this is what the Founding Fathers of the United States envisioned for our nation?

I grew up in and live in a small town, Stony Point. It was once rural and is now suburban. It is wonderfully situated between Harriman Park to the west, the Hudson River to the East, and Bear Mountain and West Point to the north. It is large in size geographically, yet relatively small in population. Thus, it is as ideal target for becoming a Hasidic enclave through the takeover template described above.

First, how should citizens (e.g., existing Stony Point residents) react after they realize that their town is targeted to become a Hasidic shtetl? What will run through their heads? I am sure you can guess what some or many local residents will be thinking.

Let me tell you what I have heard from talking to people from Stony Point. Many people view the Hasidic community with unease, and some with great suspicion. Because of ultraorthodox insularity that arises from residing in segregated communities, some people in Stony Point may never have met a member of the Satmar, Bobov, Skver, Viznitz or Chabad Lubavitcher sects, even though they live nearby.

Your clothing and appearance are different, and so looks strange to many. Your customs and perceived community behaviors appear foreign. Naturally, people are wary of, and some fear, the unknown. You may call this antisemitism. I think it is more properly labeled human nature. Thus, it seems to me that the way to reduce unfounded bias and prejudice is for ultraorthodox practitioners to interact and communicate more with all religions and secular Americans.

I also hear Stony Pointers say that they are concerned about change to the character of their neighborhoods if a strange-to-them religious family moves in. As a civil rights lawyer, I have no patience for people who object to others because of their race, ethnicity or religion. If a Hasidic family purchases a home next to me, what I should say to them, it seems to me, is “welcome to the neighborhood.” Yet my educated guess is this is not what most people here in town think. Rather, they ask themselves whether the new arrivals will be good neighbors. Whether they will respect the law? Some will ask whether the new arrivals are the vanguard prestaging a large group of Hasidim moving into town, and eventually, with sufficient numbers, taking over the governance of the municipality. And lawfully so. Democratically!

With control of local government comes the ability to rezone all land as high density housing. Developers can then “market to the Hasidic community and turn on the lights.” The new shtetl is created! And with this how many non-Hasidic residents will want to remain? Probably not many. And why? I don’t think it’s fair to call it antisemitism. Rather, it will be because of the change, or feared change, in the character of the community.

The reason I think creating a shtetl should concern everyone is because the orchestrated creation of a religious community contradicts several core values of American society—and these are the very core values that protect everyone’s religious freedom.

1) respecting all citizens’ religious beliefs while at the same time requiring everyone to abide by laws that are neutral in application (not discriminatory),

3) non-segregation and equal protection under the law,

4) being informed, educated voters, and

Let’s discuss all of the above from the standpoint of practicality and common sense. Should it concern the Hasidic community that by creating a shtetl, it causes existing residents to feel forced to sell their homes and move elsewhere? I think so. And I think it must be rationally and civilly discussed by all concerned.

A second line of questions involve whether government can and should intervene to prevent the creation of religious enclaves? This is a topic for a future paper, yet these are questions that must be seriously addressed at some point in time. It seems to me that the creation of a religious enclave is essentially the creation of a de facto religious local government and that this violates American constitutional law. The First Amendment prohibits the establishment of religion in our country; the Guarantee Clause ensures a “republican form of government” (not theocracy), and the Fourteenth Amendment mandates equal protection of the law (which children are deprived of if denied sound secular education).

Although it may be a “hard sell,” I think the Hasidic community should try to recognize this, because our system allows religious freedom by also making sure religion cannot go too far—it cannot go so far as the destroy democracy under the rule of law.

In conclusion, it seems to me that what I write above deserves a conversation among our citizenry. These are topics that should be addressed by reasonable discussion among all citizens, Jew and Gentile, orthodox and secular, and everyone else. Civil discussion and seeking to address the legitimate concerns of others is the best way to avoid conflict, and to live together in peace and harmony.

Legislator Wieder: Could the above suggestions be the foundation of a mutually profitable discussion on the future of Rockland County and of Stony Point in particular?