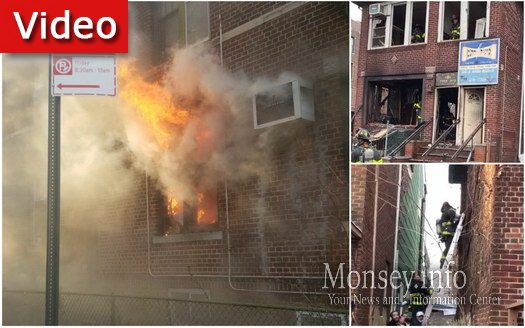 Heart-stopping footage of a firefighter pulling children from a shul engulfed in flames Wednesday morning, after a famed Boro Park shul caught fire.

The massive fire had flames shooting from all windows of Rabbi Felder’s Shul on 18th Ave and 49th Street in Boro Park as firefighters fought to remove people from the second floor of the building and fight the flames.

Thankfully, no one was injured in the blaze, but the shul was completely destroyed.