« As Florida Reopening Gets The Go Ahead, Shuls Get the Brakes
At Least 1,300 French Jews Have Died of COVID-19 » 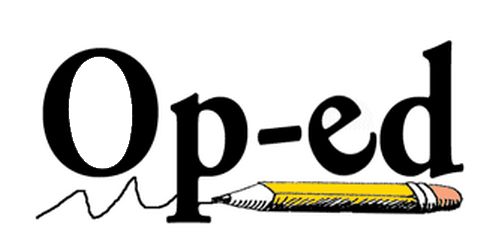 Coronavirus is not the only negativity surrounding us. Hypocrisy is ever-present, too (albeit not on a deadly scale). It seems as though every other day a power-hungry politician orders his or her constituents to stay indoors, wear masks, never open up their businesses again, etc.  Yet, the leaders themselves don’t know how to stay indoors, wear a mask, or even cough into anywhere aside from their hands.

People will never follow you if you can’t follow your own lead. When people see that you can’t do it, they think that it’s not for them and you are simply trying to condescendingly place restrictions on them.

For example, in the time of the Holy Temple, when a serious dispute needed to be resolved between a man and his wife, Hashem commanded us to take a scroll with His name written on it several times and erase it—for the sole purpose of making peace (Gemorah, Shabbos 116a). Although “Hashem is one and His name is one,” as the Prophet Zechariah says, Hashem sacrifices Himself for this worthy cause of bringing peace between spouses (Sefer HaSichos 5749, vol. 1, p. 290, FN 68).

Only when we see our Hashem, our Leader, willingly sacrificing Himself for a special cause, will we follow His lead and fulfill the commandment of self-sacrifice. Whether it means sacrificing our bodies in the face of direct anti-Semitism as our ancestors were forced to do, or sacrificing our inner temptations in a critical battle of Good Inclination vs. Evil Inclination, we follow our Leader and put everything on the line for the cause He wants us to fight for.

I would like to conclude with an interesting account from Matt Bissonnette, a Navy SEAL who was on the mission to capture/kill Bin Laden. The mission intended for the SEALs to gather as much evidence from the compound as they could get their hands on. As he was about to quickly leave the compound to the evacuation helicopter, Bissonnette noticed a shelf running above the doorway in Bin Laden’s bedroom, the room in which he was killed. On it he found two guns, an AK-47 rifle and a Makarov pistol in a holster. Incredibly, though, “They were both empty.”

“He hadn’t even prepared a defense,” Bissonnette explained. “He had no intention of fighting. He asked his followers for decades to wear suicide vests or fly planes into buildings, but didn’t even pick up his weapon.”

Bissonnette then continues: “In all of my deployments, we routinely saw this phenomenon. The higher up the food chain the targeted individual was, the bigger a (expletive) he was. The leaders were less willing to fight. It is always the young and impressionable who strap on the explosives and blow themselves up.

“Bin Laden knew we were coming when he heard the helicopter. I had more respect for Ahmed al-Kuwaiti in the guesthouse because at least he tried to defend himself and his family. Bin Laden had more time to prepare than the others, and yet he still didn’t do anything. Did he believe his own message? Was he willing to fight the war he asked for? I don’t think so. Otherwise, he would have at least gotten his gun and stood up for what he believed. There is no honor in sending people to die for something you won’t even fight for yourself” (_No Easy Day: The Firsthand Account of the Mission that Killed Osama bin Laden _(2012), pp. 248-9).
*
May Hashem take away all illness and bring us all health; and may we all merit to live and see the coming of Moshiach. May it be immediately.

« As Florida Reopening Gets The Go Ahead, Shuls Get the Brakes
At Least 1,300 French Jews Have Died of COVID-19 »