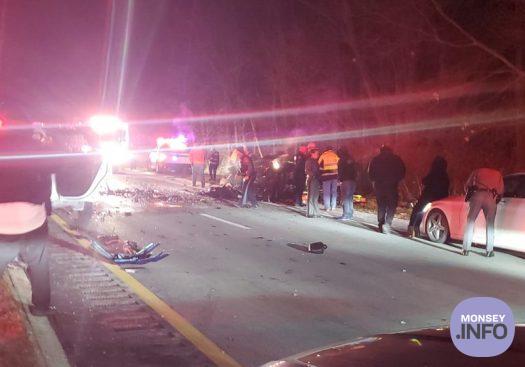 Palisades Northbound Shut Down Overnight Due to Double Fatal Crash

A double fatal early mourning crash on the Palisades shut down the Parkway going Northbound Sunday morning, after a driver was reported driving the wrong way.

According to reports, the initial 911 call came in around 2:30am near Exit 10 on the palisades stating that a wrong way driver had crashed and the victims were entrapped.

The two vehicles involved in the crash had collided head on, wrecking both vehicles and causing them to smoke.