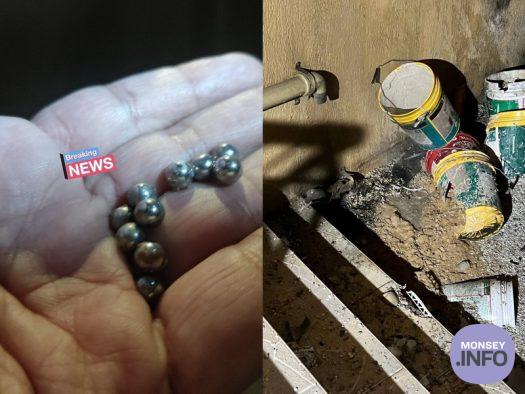 Rockets Launched From Gaza, One Slams Into Sderot

A rocket fired from Gaza slammed into the ground near the city of Sderot Wednesday night, damaging a vehicle parked nearby.

Sderot residents went out to see the damage caused by the rocket to discover that the rocket had been packed with ball bearings, which once the rocket exploded, would spray out in a wide radius to cause additional damage and loss of life.

The IDF had previously retaliated for a previous rocket strike by targeting multiple military installations in Gaza, a deterrent that obviously failed.