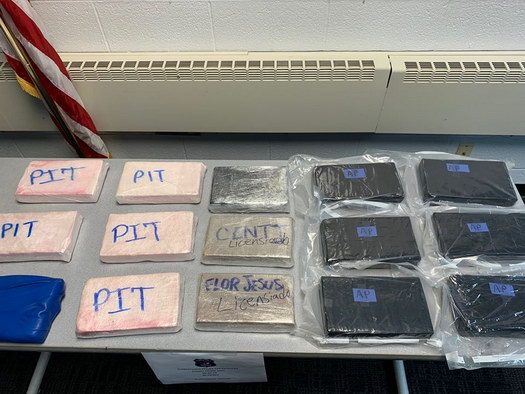 The Clarkstown Detective Bureau executed a joint law enforcement operation with the New York City Police Department in the month of September that netted over 15 kilos of controlled substances and the arrest of a 47 year old Massachusetts man.

Upon stopping the tractor trailer, officers were assisted by a Clarsktown Police K-9 unit to search the truck. Officers discovered the following items:

The thirty five pounds of illegal narcotics which were seized have an estimated street value of $2.4 million. Fentany is 100 times more powerful than morphine and in its unadulterated form, one kilogram has the potential to fatally overdose 500,000 individuals.