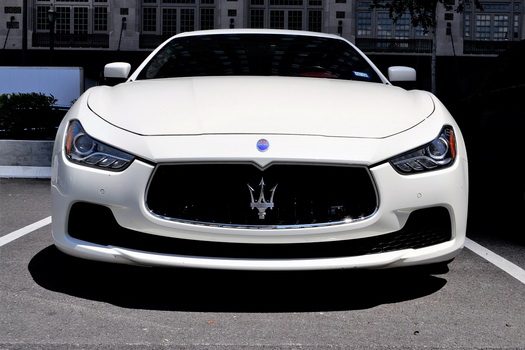 Three New Jersey men have been charged for their alleged roles in a conspiracy to steal luxury cars in New Jersey, New York, and Connecticut and transport them across state lines

The defendants often used the stolen cars to steal additional cars, and, in one instance, they used a Maserati GranTurisimo they stole from Manalapan, New Jersey, to steal a Range Rover and a Porsche Cayenne in the early morning hours of Aug. 6, 2019 in New City, New York. When law enforcement attempted to conduct a stop of the Maserati, the Maserati accelerated and crashed head-on into a police vehicle before the suspects fled the scene in another stolen vehicle. Law enforcement recovered one of the stolen cars in a shipping container at the port in Newark en route to Ghana.

“The defendants in this case entered the Town of Clarkstown on eight occasions from July through September of 2019.” the Clarkstown police Department said. “They stole a total of 6 vehicles and attempted to steal numerous others. On one of the occasions they perpetrated crimes against the Clarkstown community by stealing two cars from the owners driveways, then purposely crashing one of them into a patrol car in order to evade arrest.

The cars stolen by the defendants have an estimated value of at least $1.5 million.