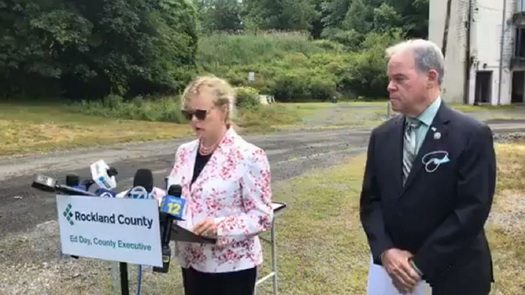 Officials in New York are threatening fines and said subpoenas are being issued to a group of partygoers to compel them to speak with health officials about a gathering that could be responsible for a cluster of coronavirus infections.

The party occurred in mid-June, according to media reports, in Clarkstown, N.Y., just north of New York City, where as many as 100 people were exposed to the outbreak.

The host held the party despite exhibiting symptoms of COVID-19, county Health Commissioner Patricia Ruppert said at a Wednesday news conference. At least eight people have been infected and have refused to talk with county investigators.